The increasing amounts of mycotoxins present in corn, cereals and finished feed is becoming a global issue according to BIOMIN’s World Mycotoxin Survey 2019. The report highlights the regional risk level of samples testing positive for mycotoxins above the threshold in ppb.

Risk levels were determined from samples above the threshold from moderate to extreme risk.

A slight increase in risk for South America was observed from the first half of 2018 to the last half from severe to extreme. This risk however fell in 2019 to severe. For both Africa and North America, the risk increased from severe in 2018 to extreme in 2019. China, Taiwan and South and East Asia all continue to show extreme risk throughout 2018 and 2019. Europe stayed at a severe risk throughout 2018 – 2019.

The below table highlights the most reported mycotoxins in each region and product.

Deoxynivalenol (DON) and Fumonisins (FUM) are the most common mycotoxins being detected in feed and cereals globally according to the report. These mycotoxins cause a loss of yield and high mycotoxicity resulting in digestive illness in animals and humans. 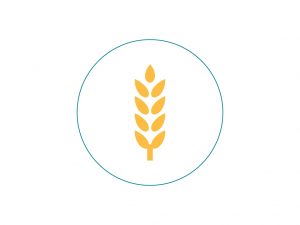 Randox Food Diagnostics presents a solution to this problem faced by the feed and cereals industry through having developed the Myco 9 array for Biochip. Myco 9 facilitates the detection of up to 9 common mycotoxins from a single sample of cereal or cereal based feed, including aflatoxin B1/B2, aflatoxin G1/G2, deoxynivalenol, diacetoxyscirpenol, fumonisins, ochratoxin A, paxilline, T2 toxin & zearalenone.